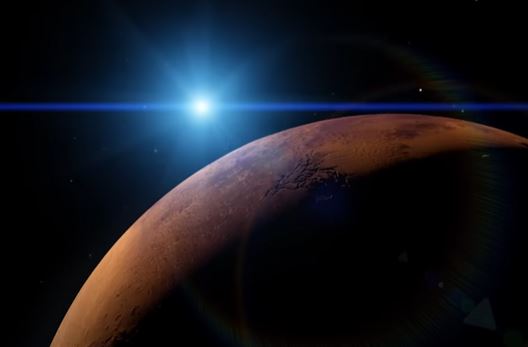 SKTLs Space Newsletter #44 includes information about the new orbital bill just passed by the U.S. Senate, the ESA is hiring hundreds after a recent budget increase, Space Force receives over a billion dollars as a result of the new consolidated funding bill, China seeking new partnerships with GCC countries, NASA awarding millions to a company to design the new ISS spacesuit, the potential for life on Mars, the latest and greatest for startup and private companies and fun facts about winters on Mars.

“What is the slowest of all species in the galaxy?
Snailiens!”
thoughtcatalog.com

China’s Seeking New Partnerships
China is on a mission to work with emerging space nations on remote sensing, communications satellites and much more.

SpaceX completes record year. The recent launch of a Falcon 9 carrying a commercial Israeli imaging satellite marks the end of the busiest year ever for SpaceX.

Saturn Satellite Networks small GEO satellite program. Saturn is trying to secure funds for another attempt at getting its small geostationary satellite manufacturing business off the ground.

Fun facts about space life…
Earth undergoes seasonal transformations throughout the year, every year. Interesting fact, so do other planets.
What are winters like on Mars? Some areas get as low as minus 190 degrees Fahrenheit, and some up to 3 feet of snow. ⛷