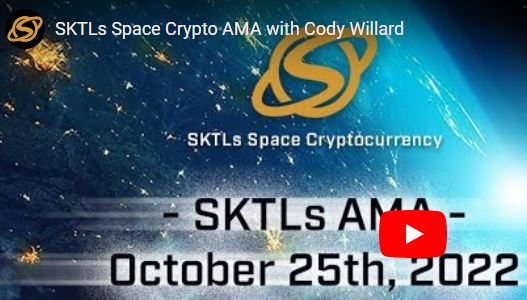 SKTLs Newsletter #40 includes information about China’s secret spaceplane releasing an unidentified object into orbit, updates regarding the first launch of the SpaceX starship, China’s recent engine test could give them what it takes to reach the Moon, CAPSTONE successfully maneuvers to stay on track, what happened in space on November 2nd in 2000, footage of the SKTLs first ever live stream AMA on YouTube, space startup news galore and fun facts about Plant Habitat-03 and growing food in space.

“I was talking to an alien and it turns out they eat radio-active materials. I asked it what its favorite meal was.
It told me: fission chips.”
thoughtcatalog.com

The First Launch
NASA expects SpaceX to be ready for the Starship’s test flight before the end of 2022.

China’s Moon Mission Rocket
China’s hot fire tests for the YF-100M, a vacuum-optimized engine, is heating up the space race.

CAPSTONE Spacecraft, On Track
CAPSTONE is no longer in safe mode following its spin-out in September, before its arrival to Moon orbit.

Arianespace partners with a space tug startup. Space Machines Company, an Australian startup, will debut its Optimus-1 space tug in the second quarter of 2023 with a popular payload launch service.

Fun facts about space…
When it comes to developing the space economy many issues will need to be addressed. One of the most common questions- what will humans eat in space?
Which plants have the best chances for cultivation and survival in space? That’s the question being addressed by Principal Investigators in the Plant Habitat-03 investigation.