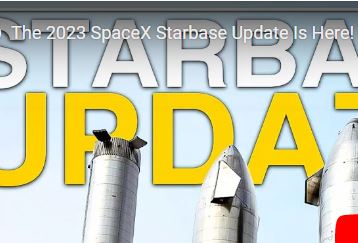 SKTLs Newsletter #39 includes information about the most recent status of the Polaris Dawn crewed mission, China’s new Spaceplane is doing things other planes can’t, the ESA moves two of its missions to another private launch provider, Space Force has a new process for funding and a new set of millions to dish out, what happened on this day (Oct. 25th) in space back in 1671, a full update on the SpaceX Starship and the SW Texas Starbase, space startups are growing more than just they’re funds (SpaceX, Orbit Fab, Apex, Preligens and Relativity Space) and fun facts about the effects cosmic rays have on star formation within galaxies.

Polaris Dawn Crewed Mission
The billionaire-backed private astronaut mission, launching on a SpaceX Crew Dragon, can’t seem to get off the ground.

China’s Spaceplane
China’s new spaceplane is pushing all the boundaries and now has some new funding.

ESA Missions
SpaceX gets two more missions as the ESA manages loss of access and delays with other launch providers.

On This Day In Space!
October 25, 1671: Iapetus was discovered by Giovanni Cassini.

Apex raises seed round. Apex envisions manufacturing small satellites in Los Angeles, CA., with some big name VCs getting on board.

Preligens aims high. French startup Preligens is expanding its U.S. subsidiary with a new bid to be a long-term supplier to the U.S. Department of Defense.

Fun facts about space…
Galaxies are in the business of star formation, but how do they now when the work is done?
New clues show evidence that cosmic ray electrons play a major role when it comes to slowing the rate of star formation as galaxies evolve.